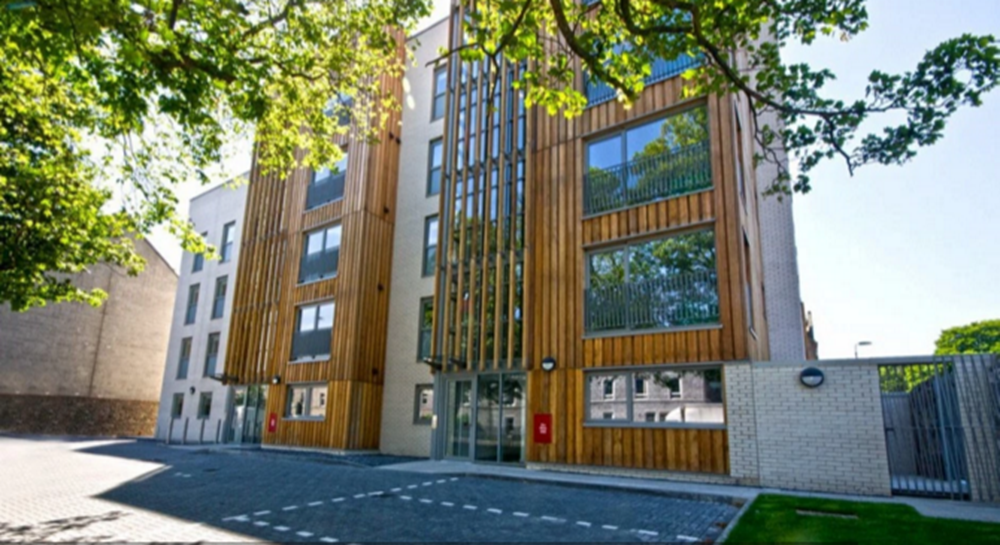 The 3,000 square metre site at King’s Crescent is set to be turned into a 202-bed building, according to plans by student accommodation company Ardmuir.

The submitted plans - an artist impression of which can be seen above – are for flats forming three or four bedroom units, with a shared kitchen, living room and bathroom.

As the site, on the periphery of the Old Aberdeen conservation area, is near the Kings College Campus of the University of Aberdeen, it is a prime spot for students, but community council chairman Gordon Mutch has warned that the development would “dominate the skyline”.

He also pointed out that there is no parking as part of the development, except for two disabled parking spaces and one staff parking space.

According to Ardmuir’s agents, Montagu Evans, parking is minimal due to its city centre location, as well as the fact that it is for student accommodation. There will be spaces for securely parking 72 bikes.

This will be the fifth student accommodation site in Aberdeen for Ardmuir – something which Aberdeen Central MSP Kevin Stewart says is too much.

He told the Press & Journal: “People from the Kings Crescent, Froghall and George Street areas have expressed concerns to me about the amount of planning applications that have been lodged for student accommodation.”

Stewart went on to suggest that analysis is needed on how much student accommodation is required in Aberdeen, before any other planning permission is granted.

Students are, of course, a big part of Aberdeen life, with 2013/14 figures from the University of Aberdeen, Robert Gordon University and North East Scotland College indicating over 60,000 students attending the combined campuses.

Clearly Aberdeen needs Student accommodation, but it appears unclear how the numbers are split between students living at home, students renting in the private sector and those who need student specific provision. Ardmuir is a commercial concern and their business is providing this type of accommodation. It would be surprising if they were prepared to commit to this level of investment unless they were confident there is a need. Additionally, it seems rather strange that a busy bus depot – not everyone’s preferred residential neighbour – is regarded as less of a neighbourhood blight. Is it the potential occupants, rather than the building, that locals dislike?

What impact would this development have on the private renting sector if it were to go ahead? Are students to be encouraged to cluster in developments like this, or scatter throughout the city? It makes sense to most students to be close to the campus, but not too far from the “action” in the City. As one who has happy memories of one’s own student days at Kings College Campus, I have to say that I think Ardmuir have selected a very appropriate site for their proposed development.

What’s your view? Do you think there is too much student accommodation in Aberdeen – or not enough?