Dolphin Spotting in the North East

The North East is well known for its expansive seascapes, breathtaking panoramic views and rich variety of wildlife. With an abundance of wildlife viewing opportunities from the Cairngorm peaks, up to the Bow Fiddle Rock of Buckie, residents and visitors alike are left in awe of the wonderful flora and fauna our countryside has to offer. For old and young, watching a dolphin dancing among the waves is a magical experience that is available on the shores of Aberdeenshire. 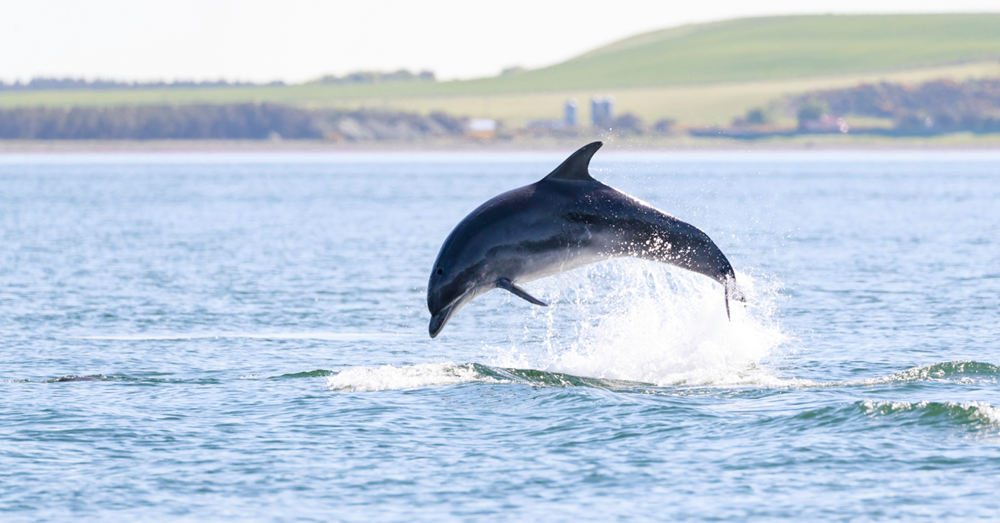 Dolphin Spotting in the North East

The North East is well known for its expansive seascapes, breathtaking panoramic views and rich variety of wildlife. With an abundance of wildlife viewing opportunities from the Cairngorm peaks, up to the Bow Fiddle Rock of Buckie, residents and visitors alike are left in awe of the wonderful flora and fauna our countryside has to offer. For old and young, watching a dolphin dancing among the waves is a magical experience that is available on the shores of Aberdeenshire.

The North Sea coastal waters are inhabited by a variety of marine mammals, particularly the harbour porpoise, white-beaked dolphin, and minke whale, however sightings of bottlenose dolphins have been reported most commonly in the North East over the years. These enchanting creatures can be spotted all year round, with a burst of frequency in the winter and spring months.

Listed below are three of the most popular places in the North East where dolphins are regularly sighted from the coastline. You may be lucky enough to catch a glimpse yourself, but remember to pack a flask of tea and a warm jacket for comfort – it is the North Sea after all! 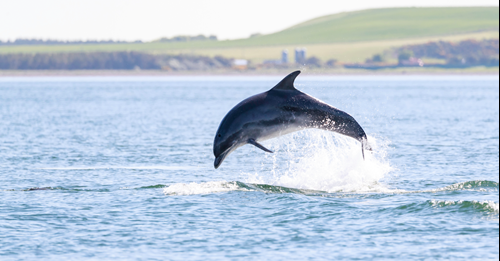 Situated in Torry and overlooking Aberdeen Harbour is the Torry artillery battery. Many remaining parts of the 1860 structure can still be seen today, including fireplaces, the gun emplacement and the main gate. Alongside the nearby Girdleness Lighthouse, the Torry Battery monitored the south entrance to the busy Aberdeen port and prevented raids on the city when it was operational.

The battery has a long and interesting history, but today the monument is a great area to soak up its defensive past and spot some of Aberdeen’s famous dolphins too. The dolphins are most frequently seen around the harbour entrance, with other marine mammals often being observed in the area as well.

Torry Battery is a great place for taking a summer picnic, while taking in the panoramic views of the coast and cityscape. The central location makes it convenient for city centre visitors to stop by for a viewing. 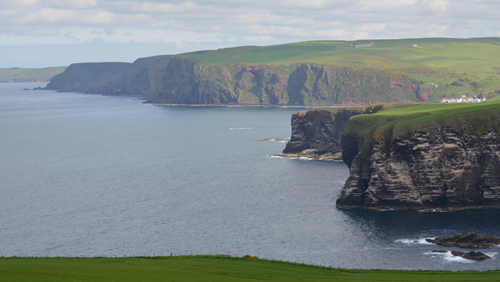 Troup Head, near the small villages of Crovie and Pennan, is an RSPB nature reserve known for having the largest colony of mainland gannets and other sea bird species. Just like Torry Battery, it is also home to dolphins, porpoises and minke whales offshore. With a variety of wildlife interests satisfied, Troup Head is a well worth a visit.

The area is quite elevated and so for the best dolphin spotting it’s recommended that binoculars are brought along. Troup Head is approximately 1.6 miles from the nearest road which is the A98, so a short hike is required in order to find a good viewing platform, a minor inconvenience given the splendour of the surroundings. Exercise caution and follow the map when hiking to the nature reserve as there are several high drops to the water on the way to the top. 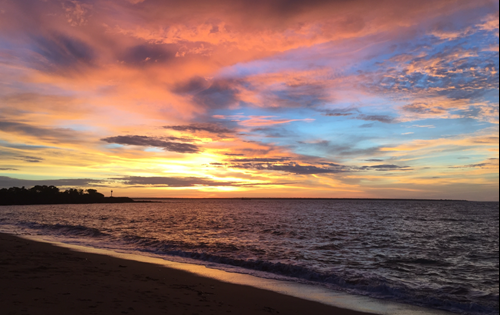 Cullen Bay is located in Banffshire, which is known as Scotland’s dolphin coast. The area is also home to the popular Cullen Links Golf Club and Cullen Bay Holiday Park.

There is a great walk through the adjacent village of Cullen that takes dolphin spotters up to the prime sighting location - at the end of North Deskford Street. Walkers then pass an old railway line, eight-arch railway viaduct and the Cullen golf course, then along the clifftop down towards the sandy beach. The dolphins can be most easily spotted, at the viaduct, in the direction of the Caithness and Sutherland hills, and again, further into the walk, down on the beach.

Dolphin spotting is a real treat for the whole family. It’s a perfect activity for creating wonderful memories as you take in the beautiful scenery and wildlife of the North East coastlines.

Where will you visit for a glimpse of our famous bottlenose dolphins?