Scotland is attributed as the home of golf, not only because of the very early records of the game’s existence here, but also because of the number and variety of courses and the fact that golf, in Scotland is not elitist, but played by all sorts. 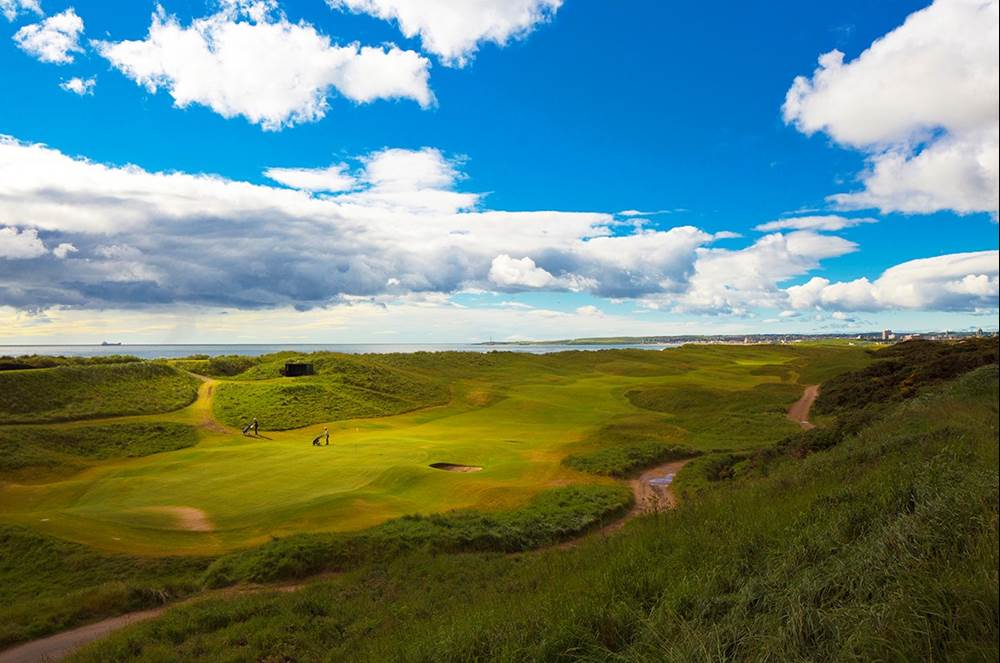 Scotland is attributed as the home of golf, not only because of the very early records of the game’s existence here, but also because of the number and variety of courses and the fact that golf, in Scotland is not elitist, but played by all sorts.

Thousands of visitors come to Scotland each year, from all over the world, to play our courses. The East coast of Scotland, from North Berwick to Wick, is densely populated with courses, offering the full gamut of types and complexities.

Our corner of the world is rich in quality and variety of courses, so here is an initial sampler to savour.

Founded in 1780 and located immediately to the North of the River Don, the Balgownie Links is a magnificent, natural links, with the first nine holes thought to be one of the finest links land layouts. It is the sixth oldest golf club in the world. The Championship course has recently played host to the Scottish Open, Senior British Open and Walker Cup, and this year hosts the British Amateur Championship. The club has a very rich heritage and was granted Royal status by Edward VII in 1903.

In addition to the Balgownie Links – a difficult test for the experienced golfer, the Club also possesses the charming Silverburn Course as an alternative, less challenging in length, but still interesting in layout, shorter alternative. Both courses are immaculately maintained.

Visitor information can be found here.

This is a renowned modern golf links, created, not without local controversy, by the then Mr. Trump. While perhaps not as “natural” as some other links courses in the area, it is undoubtedly a golf experience par excellence. Beautifully situated in “the great dunes of Scotland” and skillfully and sympathetically laid out, with great scenic holes and devilish greens, this course is a must and draws visitors from around the world. Along with Royal Aberdeen and Cruden Bay, Trump International provides a group of links courses to stand comparison with anywhere else in the golfing world.

Alongside the scintillating course, Trump International offers much more to the visitor by way of hospitality. The experience is more than the course, and all is to high standards.

Visitor information can be found here.

Cruden Bay, which regularly appears on lists of top worldwide clubs, is old-fashioned links golf at its best. Designed by Old Tom Morris and opened in 1899, this location consists of the Championship course and the smaller nine-hole St Olaf course. The club prides itself on its friendly attitude towards visitors - all the information you’ll need before arriving can be found here.

Cruden Bay is a small coastal village, similar to many along our coastline, but possessed of a fantastic golf links – a phenomenon frequently found in Scotland – and demonstrating just how deeply ingrained the game has been in this country.

The course is a true test, with some stunning holes and some great coastal scenery – including glimpses of the ruins of Slains Castle to the North – said to be an inspiration for Dracula, by Bram Stoker.