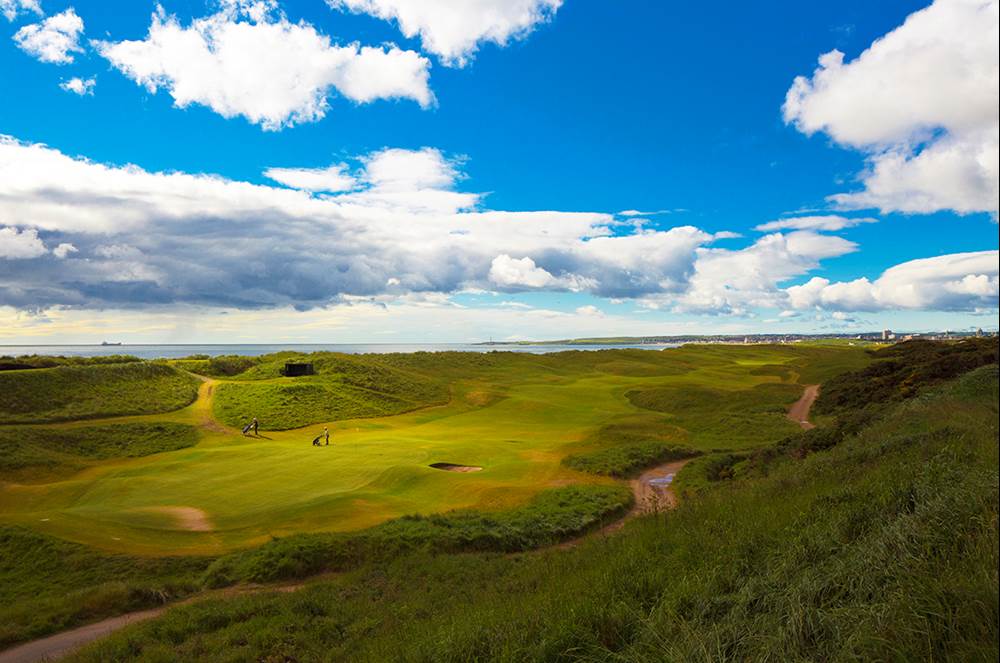 Stewart explained why it was his favourite: “Since 1972, when I became a member at Royal Aberdeen Golf Club (founded in 1780 and the sixth oldest golf club in the world), my favourite view is from the 16th Tee looking south towards Aberdeen Bay, including the wonderful 2nd hole.”

Originally members played on the Town’s Links -between the Rivers Don and Dee – along with other citizens taking recreation but in the 19th century the club acquired its own course at Balgownie.

The Club has a great history – in 1815, on the eve of the Battle of Waterloo, the Society changed its namefrom  the Society of Golfers at Aberdeen to  the Aberdeen Golf Club and in 1903 the accolade of Royal favour was conferred on the club by His Majesty King Edward VII.

The Balgownie course has since been praised by many prominent golf writers Including the renowned Bernard Darwin, who described it as a True Links.

The magnificent outward nine runs along the North Sea shore, (acknowledged as some of the finest in links golf) cutting its way through stunning dunes. The inward nine sits on an elevated plateau affording great scenic views of the littoral.

The course record sits at 64 – set by Rory McIlroy in 2014 at the Scottish Open on the European Tour.

Have you played on the course? What does your par sit at?